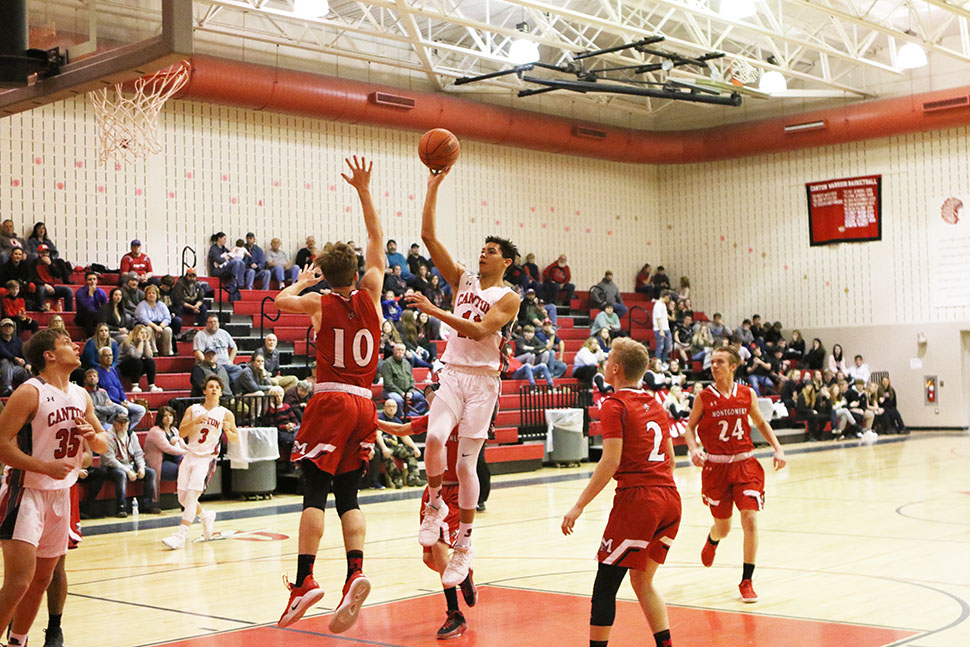 The Canton Varsity Boys Basketball team won their 2nd straight game by handing Montgomery a 56-31 loss to close out 2019 on Monday, December 30.

The Warriors jumped out to a 16-4 first quarter and never looked back. Canton increased their lead to 27-13 at halftime then outscored Montgomery 29-18 in the second half for their 5th win of the season.

3 Warriors scored in double-figures on the evening, led by Cooper Kitchen with 19 points followed by Zach Rentzel with 17, and Ben Knapp with 11. Reese Allen added 6 points, Isaiah Niemczyk chipped in 2 points, and Evan Landis rounded out the scoring with 1 point.

The win improves the Warriors to 5-3 (1-3 NTL Small School Division). The team will be back in action on Saturday, January 4 at home against South Williamsport.

Ed Weaver is the owner of Circle W Sports in Wellsboro, PA, is the Sports Director for The Home Page Network and the creator of WellsboroAthletics.com and WellsboroFootball.com. You can follow him on Twitter or friend him on Facebook.